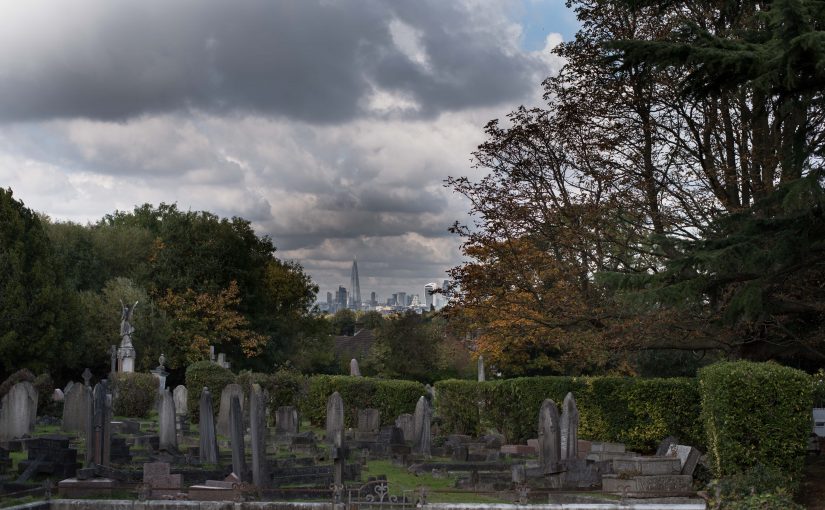 In a big, spawling city, you take your green spaces where you can find them. Some of them are parks. A few are the routes of long-closed railways. And some are cemeteries, high-density housing for the dead.

A pleasant weekend stroll from Crystal Palace to Nunhead takes in three parks, three cemeteries, and two nature reserves, one of which is a stretch of the abandoned railway which once connected Crystal Palace to Nunhead without the trouble of walking at all. It’s over sixty years since this line last saw trains, and it would be hard to guess that the path was once the track bed. It’s an odd thought that the last time I was walking in this neck of the woods, it was probably closer in time to when the trains were running than that time is to now.

The first of the cemeteries is Camberwell Old Cemetery, which is neither all that old, nor in Camberwell, but is part of the Victorian need for burial grounds beyond the capacity of churchyards. The layout of the graves is slightly chaotic and the ground uneven; faded, but with little sense of much past grandeur. It all feels quite enclosed until, in one corner, a vista opens across to St Paul’s and the shard, and the grey of the tombstones merges into the grey of the clouds and of those distant buildings.

Nunhead Cemetery is the oldest and grandest – and most faded – of the the three. Most of the memorials are in poor shape, some leaning on one another for support, others collapsing into the encroaching undergrowth. But there are two plots, a little apart from one another, bounded by neat hedges and with pristine gravestones, where order is preserved. They are graves from the first world war, the first of Australian soldiers, the second mainly Canadian. There is no indication of how death brought them to Nunhead – perhaps they died of wounds having been brought back across the channel for treatment.

In all three cemeteries, but more among the newer graves than the older ones, I was struck by how many of those lying there were described as being asleep. Death, of course, has many euphemisms. In American English, though not yet in British English, it seems hardly possible to speak of somebody having died with so harsh a verb. I have made no scientific study – indeed I have made no study at all – of the language of tombstones, but my impression is that the prevalence of the language of sleep was much higher in the Camberwell cemeteries than in others I have been to. It’s entirely possible that there is no real difference, and so nothing to explain, but I wondered idly whether something as simple as a stonemason’s pattern book might affect the words chosen by the grieving. It might have been Mr Henry Daniel, Mason, whose fine memorial stands prominently in Nunhead Cemetery and who was, it seems, ‘for many years connected with the Highgate and Nunhead Cemeteries’. But more likely not, since he departed this life, rather than falling asleep. 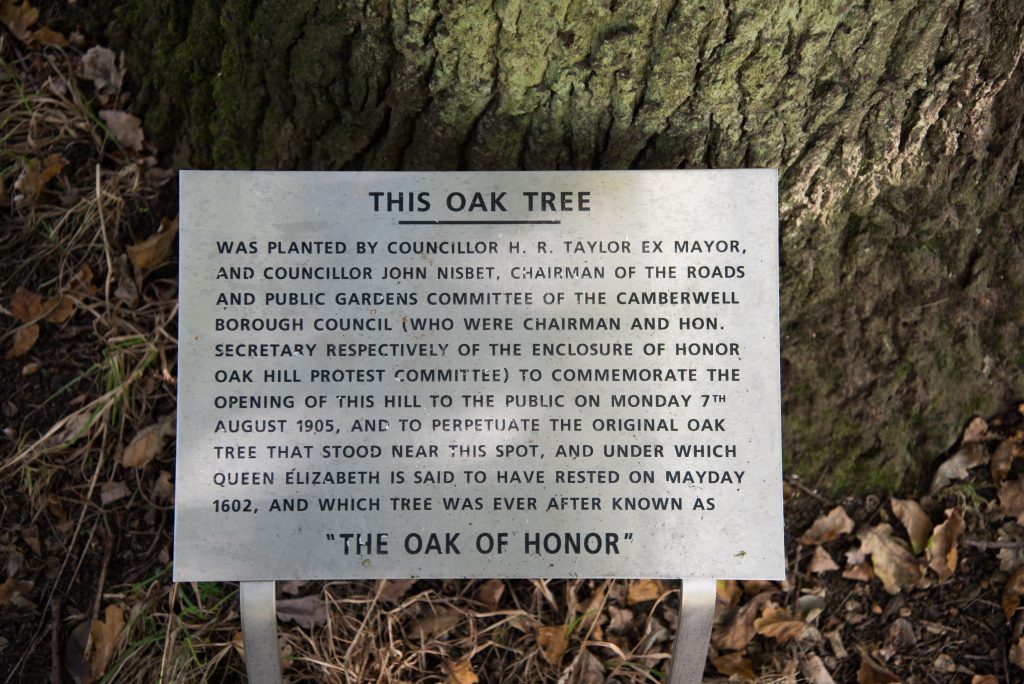 Between the two Camberwell cemeteries, One Tree Hill would offer a panoramic view across London, were it not for the fact that there are many more trees than one. The one true tree is an oak under which Queen Elizabeth is said to have rested in 1602 – though the present tree was planted only in 1905 by the leading lights of the splendidly-named Enclosure of Honor Oak Hill Protest Committee, and in any case it’s not clear what on earth she would have been doing there in the last year of her life. Perhaps she fell asleep there, but she did not then depart this life. 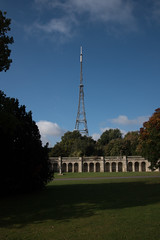 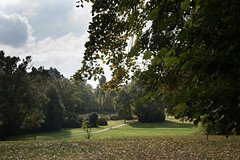 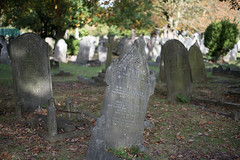 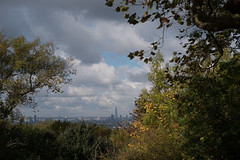 City from One Tree Hill 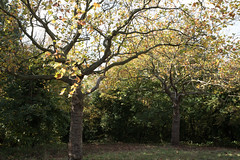 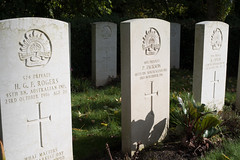 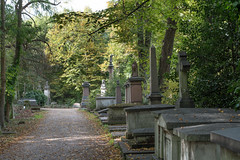 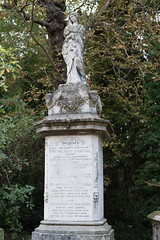