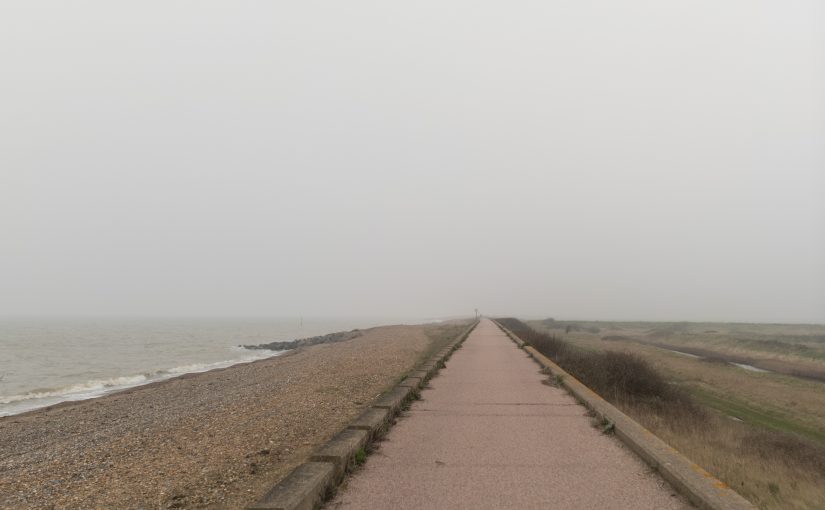 The north Kent coast is a strange place at the best of times. Walking in thick mist makes it stranger still. Arriving at Herne Bay, the stub of a pier points to the pier head isolated a thousand metres out to sea – and barely visible as an unevenness of grey in a wholly grey seascape. The path along the coast is wide concrete slabs, leading into apparent nothingness. A little later, crossing a meadow, the towers of Reculver church suddenly emerge from the wider greyness, from invisible to apparent in a few steps.

Beyond Reculver, more miles of concrete slabs, first forming a sea wall a few feet above the flat marshes, then protecting low chalk cliffs from the beat of the sea. Above on the cliffs, Birchington goes by almost invisibly. The path and what passes for a beach are not welcoming. Nothing breaks the relentlessness of the concrete. Increasingly the cliffs themselves become artificial, bolstered by stone infills and then by entire brick retaining walls intended to keep the houses and gardens above from collapse. Some have passages apparently intended to give access to the beach below, including one with a balcony half way down, with half the protective railings missing and the stairs below long fallen away.

Walking in the endless bubble of mist with the beat of breaking waves is mesmeric. As the path follows bends in the cliff, there are no landmarks, no easy way to establish location. I am almost past Westgate before realising it is there at all. 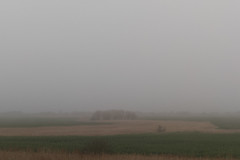 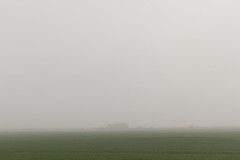 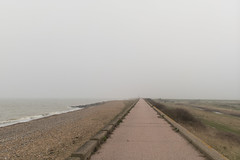 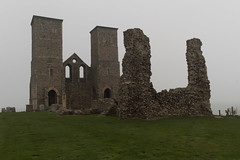 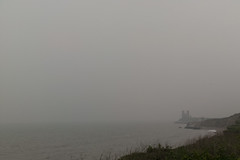 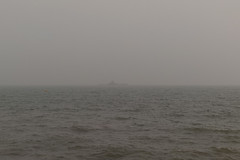 End of the pier 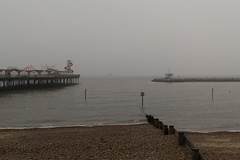