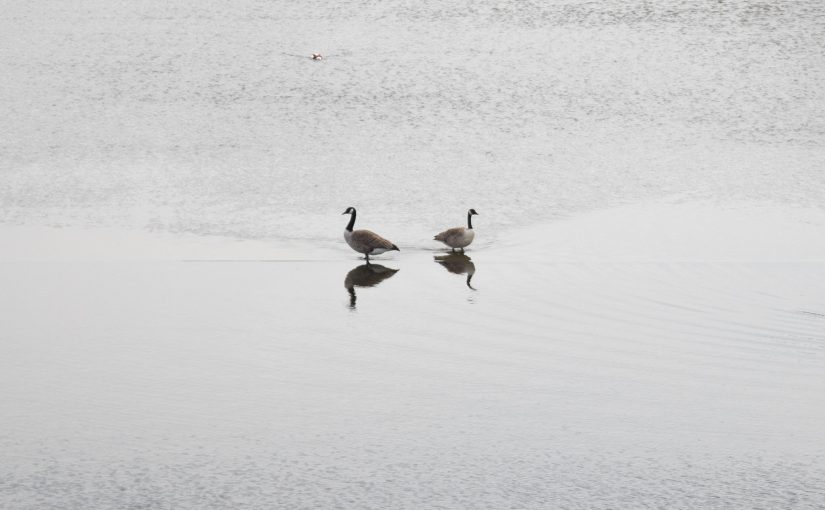 Teachers get ever younger, policemen get ever shorter – and so it seems do legs of the London Loop. As far as Enfield Lock, the average is seven miles; from Enfield Lock onwards, it drops to four and a half. So there’s a chance to accelerate the apparent pace, without actually going any faster at all.

There’s lots of water on this stretch, most of it artificial.  It crosses the River Lee Navigation and the River Lea decidedly non-navigation. It looks over the vast King George V Reservoir. Much later, it wraps round a flooded gravel pit before a stretch beside the River Roding. And where there is water, there are water fowl – a pair of swans with their cygnets, herons standing in the shallows, geese demonstrating axes of symmetry. My ornithology is somewhere between basic and non-existent, though, so I might be mis-identifying almost everything. 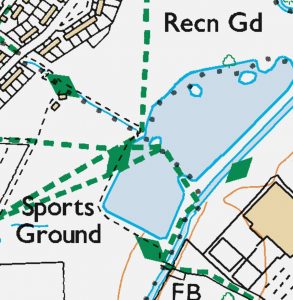 The now-flooded gravel pit was apparently dug to provide material for building the M11, so presumably dates from the early 1970s. It seems that the Ordnance Survey has not yet caught up with this state of affairs, with rights of way continuing undeterred across the water. The lower map overlays the modern lake on the paths and river course on the OS 6″ map of 1897 (using the National Library of Scotland’s addictive tool) – 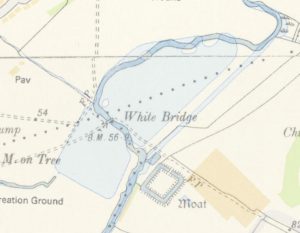 from which it’s obvious that the paths converge on a foot bridge which vanished a generation ago.

Update: August 2017 – Ordnance Survey have now partially corrected the map – and I have added a short post on what has and hasn’t been fixed.

Comparing the maps also shows that the short stretch of the River Roding which the route follows is also a modern artefact – before the pit was dug, the river looped to the west of the lake. So the picture below is a completely artificial by-product of building a motorway. I wouldn’t have guessed. 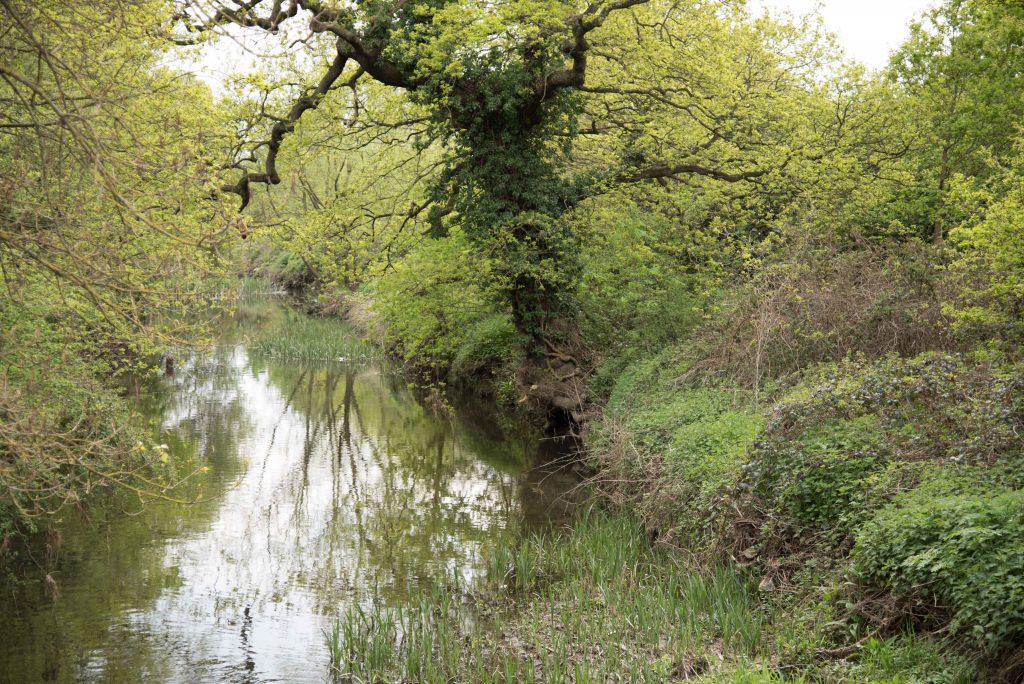 There’s a circus on Chingford Plain. You can hear it long before you know what it might be, and long after it has become all too clear. Somewhere not far from there, there’s a barbecue, never seen but detectable over quite a distance. And then there is the building roar of the M11, which lasts so much longer than the few minutes spent walking across it.  The illusion shimmers again.

The final stretch offers a view back towards the city. The Shard stands tall, a little over ten miles away. Chigwell station provides the means of getting there – the station with the second smallest number of passengers on the underground, at a point where the Central line seems as acute a misnomer as the Northern line at Mordern. 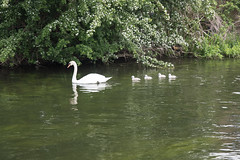 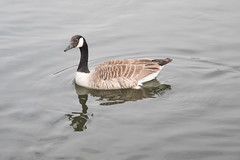 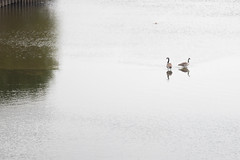 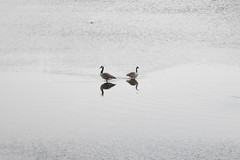 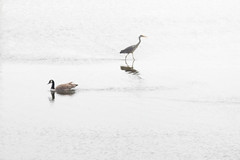 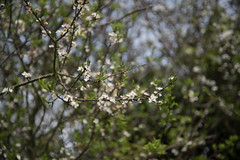 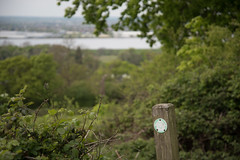 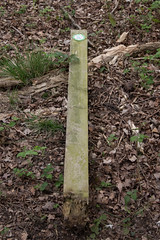 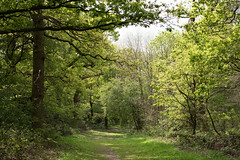 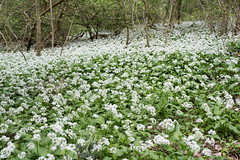 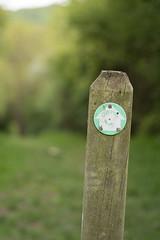 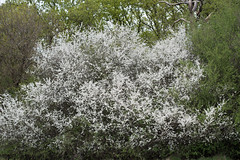 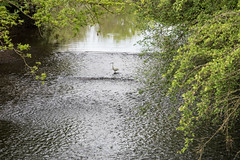 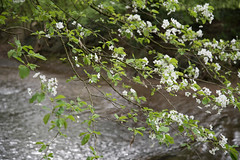 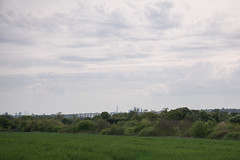 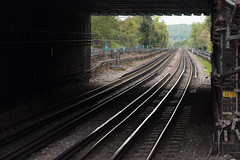