Another stretch of the London Loop. A few more slightly random thoughts. 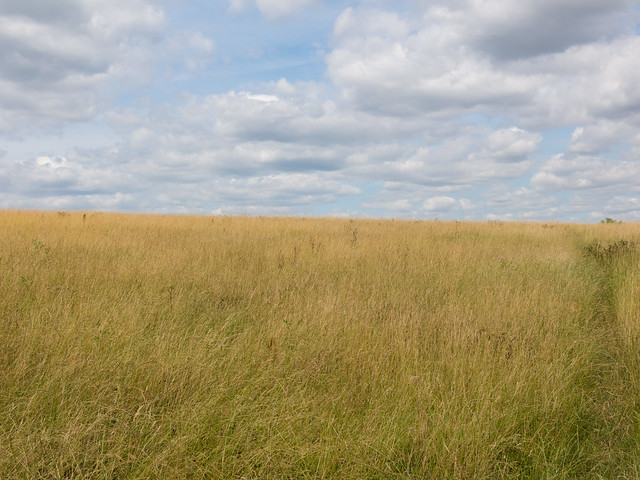 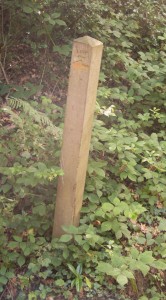 Waymarking on the London Loop is generally fairly good. It tends to be at its best, unhelpfully, when it is least needed. Clear paths with no obvious turnings sometimes provide slightly redundant reassurance with surprising frequency. 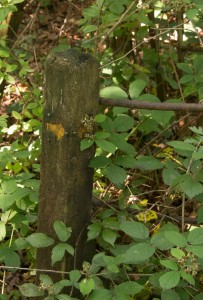 Tricky turns or uncertain directions may have to be negotiated with no hint of guidance. At several point on this section, critical turns onto obscure tracks were marked by signs which were even more obscure. Sometimes even that faint help is not to be found. This is definitely one of the sections where the route notes are essential, as opposed to merely useful. 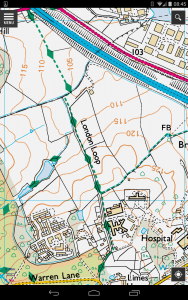 The other increasingly indispensable tool is the Ordnance Survey map app. At one level, it’s just the paper maps in electronic form, the sort of thing that isn’t supposed to work online. There is nothing about the maps themselves which makes any concession to their transmutation. Except that GPS makes all the difference. I may not be sure that I am where I want to be or should be, but there is now no need for doubt about where I am. And it’s never a struggle to fold on a windy day.

The path emerges from woodland to dramatic views across London. Harrow, it is suddenly clear, really is on a hill. And a constant stream of planes floats past in ghostly silence descending, it appears, towards a huge gasholder in Southall which is by far the most dominant feature of the entire landscape. The planes, it turns out, are precisely ten miles away, beyond the ability of my lens to resolve through the haze. 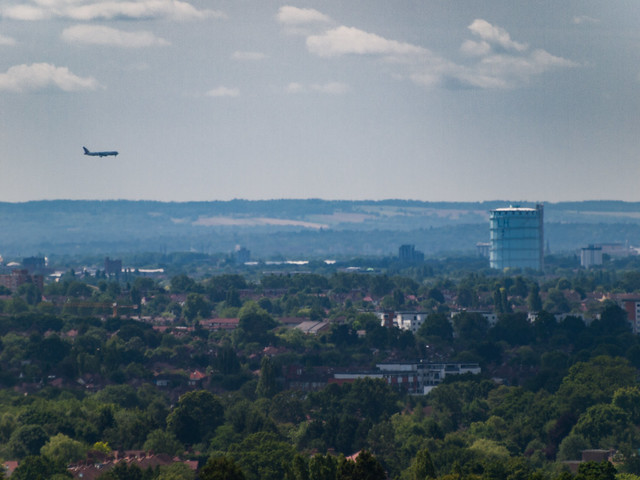 A little further on, the path skirts the edge of Bentley Priory, the home of RAF Fighter Command, the unlikely combination of a mansion designed by Sir John Soane and the existential struggle of the Battle of Britain. The house can be glimpsed through the trees, closer to hand pill boxes still stand ready for the final defence. 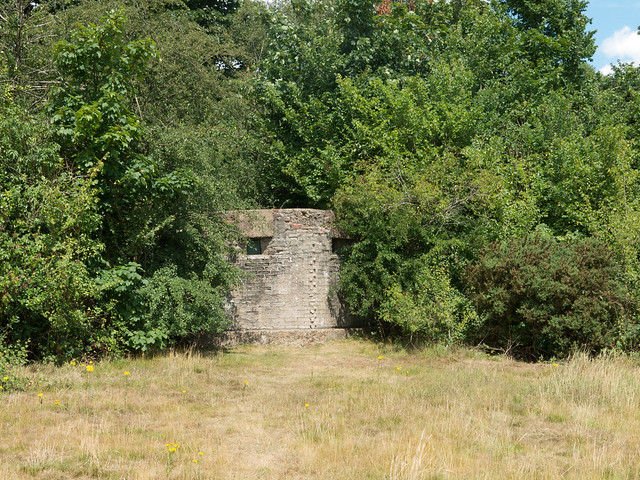 One of the things I most like about the Loop is the way it creates illusions of rural tranquillity far beyond the reality of life inside the M25. There are stretches of woodland with not a soul to be seen where only the map reveals the houses an invisible stone’s throw away. There are many places where the only immediate sign of human activity is the roar of traffic from an unseen road. This picture seems to sum that up: climbing a slope through a hayfield suddenly brings a sign into view. There is indeed no hard shoulder – for rather further than 240 yards. 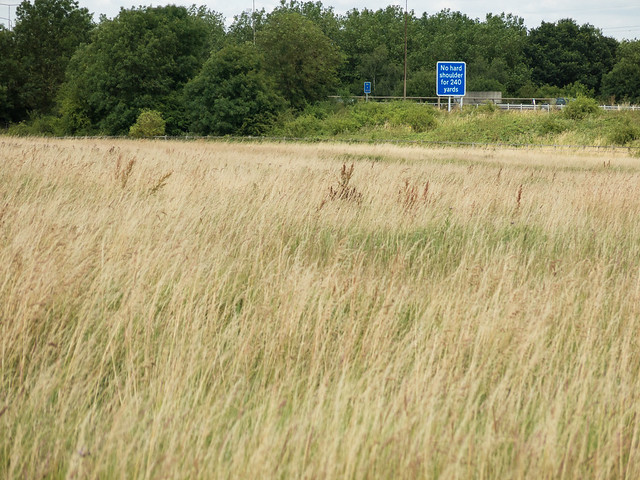