Every day, I would get the bus to the university. It rattled along stopping frequently, busy at almost every stop. There was just one request stop on the route, understandably so, because there was not much there. Occasionally somebody would ring the bell to stop the bus, but not often. On one side of the road there was a scruffy yard with the maintenance depot for municipal buses. On the other, a path going up a low scrub-covered hill, with some kind of sculpture just visible at the top.

It took me a while to realise that that hill had been a concentration camp and the sculpture a monument to those who had died there. The camp itself had been completely erased by the retreating Germans and almost no trace remains. It was the site of Kraków-Płaszów concentration camp, later to become famous as the setting for the film Schindler’s List, but though the book on which it was based had been published a year or two before, the film was still several years in the future. Nobody much seemed to go there. 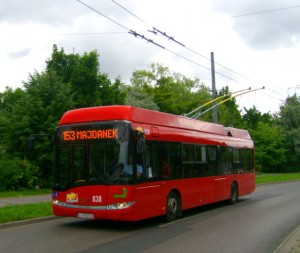 Another time, another bus. I was staying with a friend in a small town just outside Lublin. We got the bus into the city. An open green area stretched away to the left. We passed a trolleybus going in the opposite direction with “Majdanek” on the destination blind. It’s just a place, a small suburb on the edge of a small city, a place where buses go. And it’s another concentration camp, another place where unbuilt green is the colour of memory. I’d heard of Majdanek, of course, it’s a name heavy in notoriety. But it had been an abstract place, I couldn’t have begun to find it on a map, I wouldn’t have known how to set about going there. Majdanek was a place of industrialised murder. But before it was that, it was just a place, and now it is just a place again. 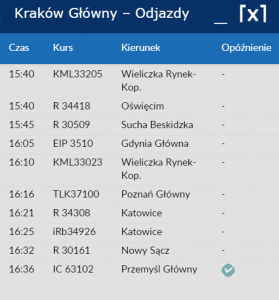 The lines at the top of the post are taken from ‘In the midst of life’ by Tadeusz Różewicz, translated by Adam Czerniawski