A lot of thought, wit and good humour had clearly gone into the making of the films. A lot of organisation and technical problem solving must have gone into getting the screens up and running (an achievement emphasised as much as undermined by the fact that on the first day quite a lot of them didn’t work). So it was a shame that even when it all worked, it didn’t really quite work. 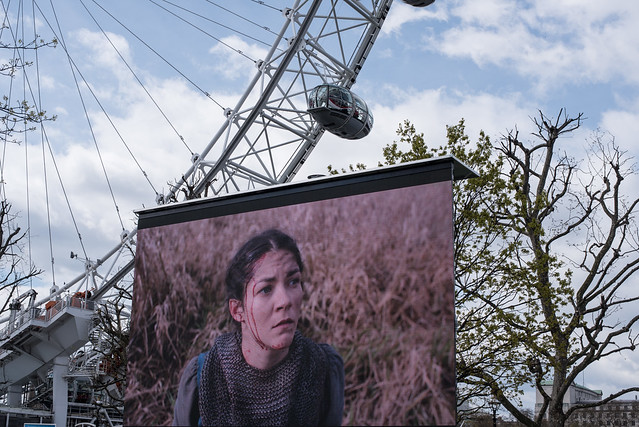 There were several overlapping reasons for that, some more obvious than others. Each film was trying to do a lot, with a mixture of scenes from staged performances and scenes shot in the locations where the plays were set. Sound was an inevitable problem: quieter dialogue got lost altogether and even the more energetic action stood little chance against passing trains. And it is the nature of the experience that you always arrive in the middle, trying to make sense of things without a great deal of context (and long drawn out credits did little to encourage people to wait for the beginning again). The Shakespearean in our little group was a bit confused. The non-Shakespearean was baffled. 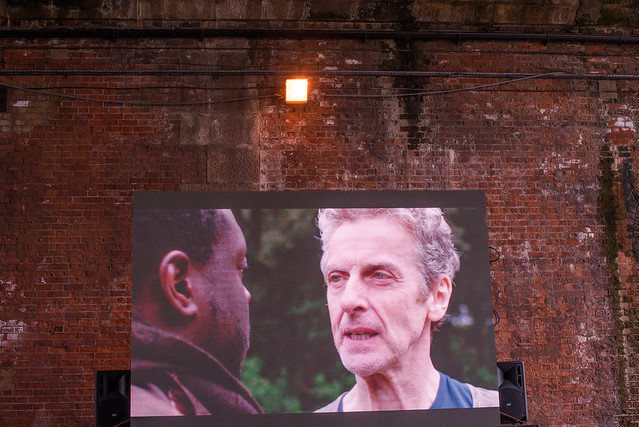 And yet. Some scenes worked really well. Petruchio chasing Kate round a villa in Padua was visually clear with rapid fire dialogue which was almost all audible. Modern dress Henvy VI on the streets of Spitalfields, interspersed with library footage of rioting and disconcertingly anachronistic decapitations, had enough visual power to hold attention even when the words were inaudible and incomprehensible. 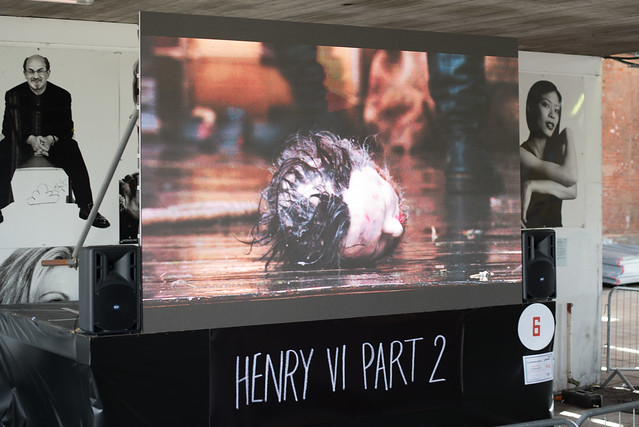 The idea of making films like these was a great one. The idea of bringing Shakespeare’s art to life on screens along the river was another great one. But two great ideas combined don’t necessarily add up to a great experience.

All of that is another reminder – if one were needed – about the need to design services to meet the needs of users in the circumstances in which they actually are rather than in some idealised form it would be convenient for them to be. But those are thoughts for another time and place. Shakespeare can stand up to some pretty rough treatment, and often has done. But these films could be more powerful shown in a different way. I hope we haven’t seen the last of them.