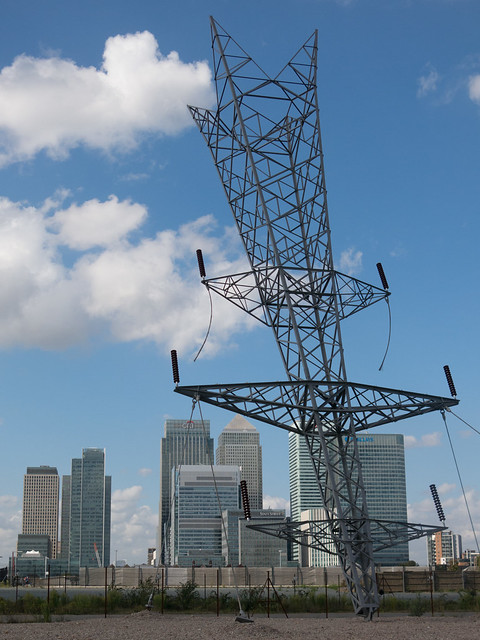 I went for a walk to see a pylon. There turned out to be quite a few. Apart from the arty one, there were the ones holding up the roof of the Dome and the one holding up the dangleway. 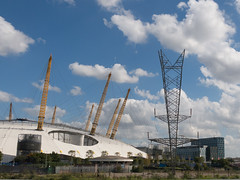 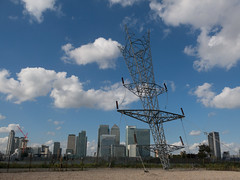 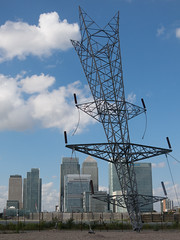 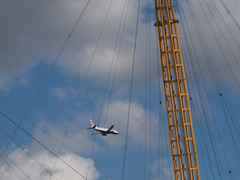 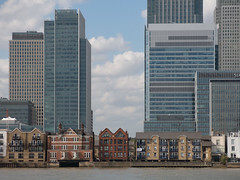 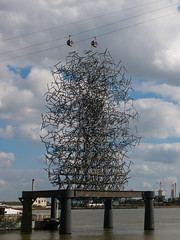 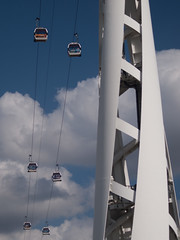 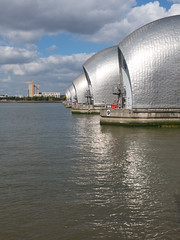 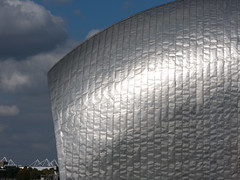 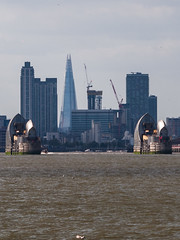 Referencing the industrial history of the site which once included the largest oil and gas works in Europe and a steelworks, Alex Chinneck will create a lattice of steel, that resembles an upside down pylon, leaning at a precarious angle as though shot into the earth. The construction and materials will reflect the same visual and material language of multiple structures across the Peninsula, particularly the redundant gas tower located on site while also evoking the idea of power generation and supply.

It struck me looking at the pictures I had taken along the walk – six or seven miles from Greenwich to Woolwich – that most of the structures I had seen didn’t particularly reflect ‘the visual and material language’ of an electricity pylon, whichever way up it might be. But what jumped out at me instead is how many of them could be described using the same word.

I had done much the same walk before, a few years ago now.  The first stretch, leaving Greenwich along the Thames Path, seemed familiar. But soon I realised that a few years ago might be twenty years ago. Acres of what was semi-derelict wasteland have become smart riverside housing, with the patina of newness already gone. What was once mostly a rough and narrow path now has long stretches wide enough for pedestrians and cyclists to be given separate lanes  – though interspersed randomly with stretches where the cycle lane came to abrupt dead ends, and interrupted at one point by a man with a big grabber unloading barge-loads of aggregates. And of course there’s a dome. I don’t think it was there last time I came this way, but then I wouldn’t have guessed that that last time was long enough ago to be back in the last millennium.

Back then, whenever then was, there was plenty of the rich ecology which goes with long and gradual dereliction. Now, with much of the dereliction gone, there is an ecology park instead. Beyond it, just as suddenly,  Angerstein Wharf marks a transition back to an older world, where ‘wharf’ signifies a place to unload ships, rather than flats which few can afford. And so along a seedier and more familiar route to the Thames Barrier, and beyond to the Woolwich Ferry, crossing the river on a ferry built for the world of 1963. It is striking what has been transformed. It is no less striking what has not.