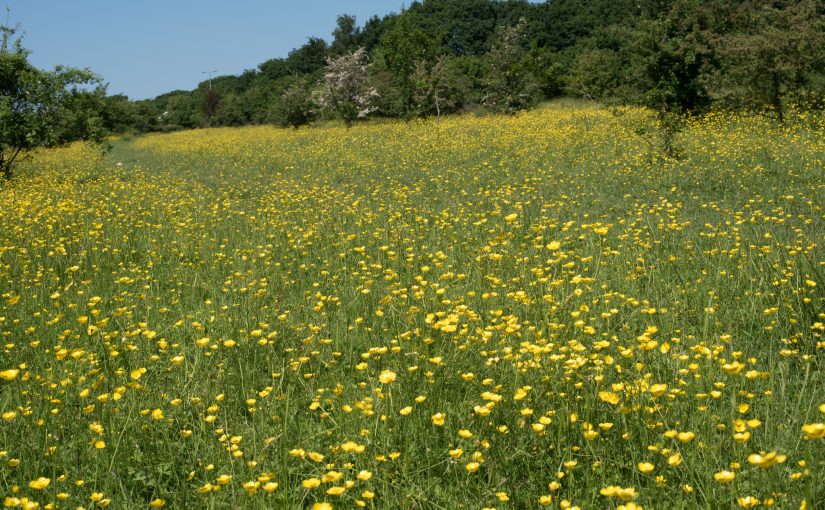 Sunshine, buttercups, wildlife and panoramic views. On a glorious day, these two stages had much of what is best about the Loop, as well as a good dose of it in slightly desperate mood, trying to create the illusion of a rural idyll from distinctly unpromising raw material.

Even when the illusion is at its best, modernity intrudes unexpectedly. After a stretch of woods and meadows, with no sound except birdsong and passing aeroplanes, the curve of the path brings a sudden glimpse of Narnia, before dissolving into the more prosaic sight of the A1112. 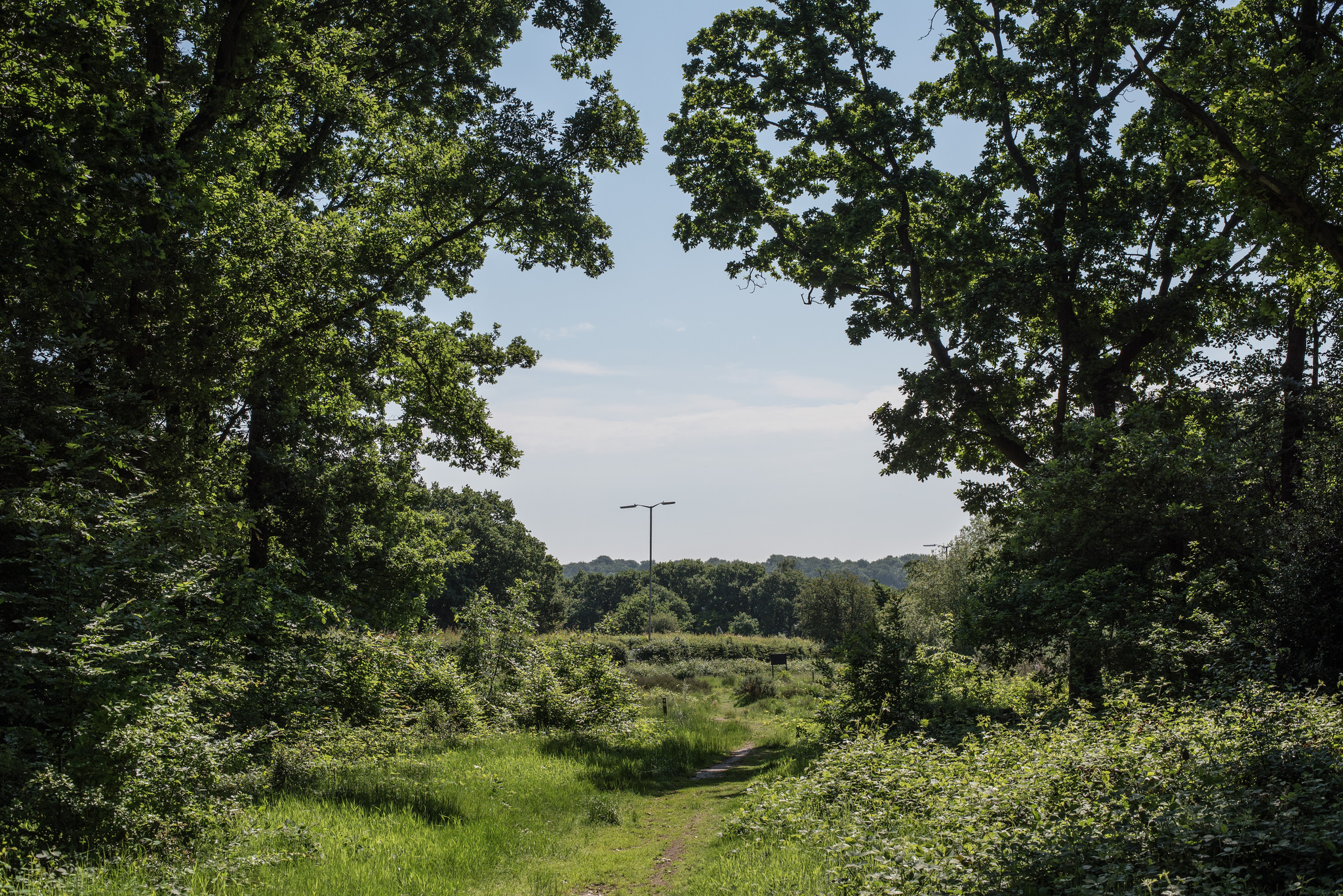 At several points there are sweeping views. In this low lying country, even a little height provides a great vantage point. Fourteen or so miles away, beyond the green, the skyline of the City shimmers gently in the haze. 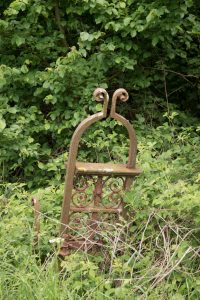 In the corner of a field there is a rusting gate post, which is apparently the last remaining trace of Pyrgo House, a royal palace where Mary and Elizabeth Tudor spent part of their childhood. This corner of Essex seems to be littered with vanished haunts of the Tudors. Havering Palace came just half a mile before and Elsynge Palace was back in stage 17. Between them just outside Chingford at the beginning of stage 19 was Queen Elizabeth’s Hunting Lodge, the only one of the buildings to have survived, and the only one where there is no evidence that she ever set foot.

Walking along a field boundary, a woman accosts me from half way across it. It took a couple of goes to get the message across, but a combination of shouts and gestures tells me that there are five deer somewhere nearby. It’s unclear what she expects me to do with this information, so I press on. Unsurprisingly, there are no deer to be seen, though twenty minutes later three small deer emerge from a wheat field and race across the path in front of me to disappear into woodland. Along the way, there have also been a rabbit, a fox, several pheasants and innumerable waterfowl, which is probably more variety than the rest of the Loop put together. 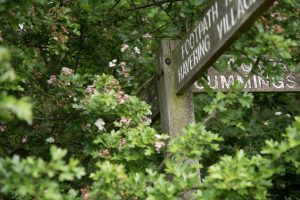 ‘Continue straight ahead, as the signpost in the corner of the wood reassures’, the directions instruct. But the signpost has almost completely vanished, with the finger pointing ahead quite impossible to read. It comes at a point where reassurance is not much needed, rather than at one of the many points where reassurance – and indeed a clear direction – would have been more useful. Along most of the route, the written directions compensate for lost or overgrown waymarking, with the Ordnance Survey as occasionally essential backup for both. Along this section, the directions seem vaguer, and include a passage where the route being described is clearly quite different not just from the waymarking, but also from the sketch map in those very directions.

The last forty five minutes are very different. The Loop designers have done their best, but they haven’t had much raw material to work with. The path follows a brook along what the route description calls a ‘steep sided sylvan dell’, where it is hard to imagine a greater mismatch between the floridity of the description and the dingy reality, before emerging to run in sedate order through parks and housing estates. The final obstacle is the A12, with stern instructions to walk 500m along it to a safe crossing point and then 500m back the other side. The prospect was depressing, the reality a pleasant surprise – not only was there no obstacle to walking straight across, there was a clear path and a central refuge, and even dropped kerbs to ease the way. The nanny state occasionally has a libertarian moment. 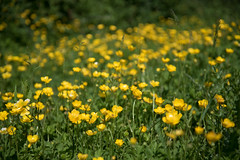 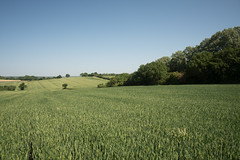 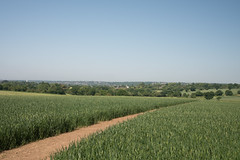 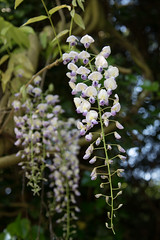 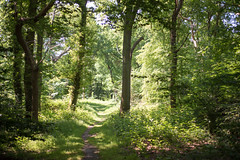 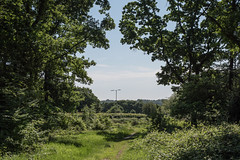 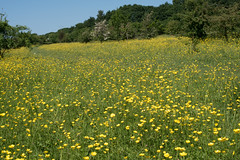 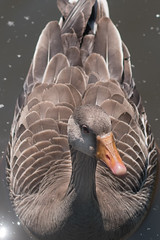 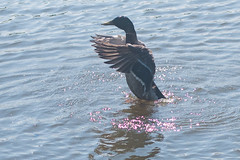 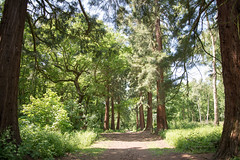 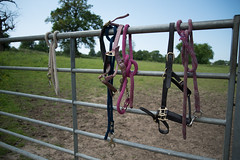 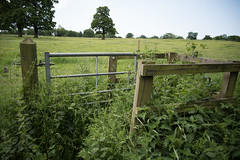 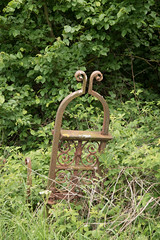 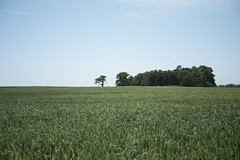 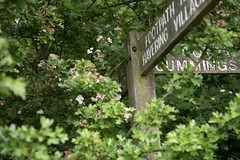